Rule of 70: How It Works and What To Know 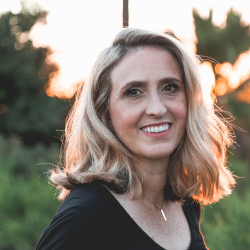 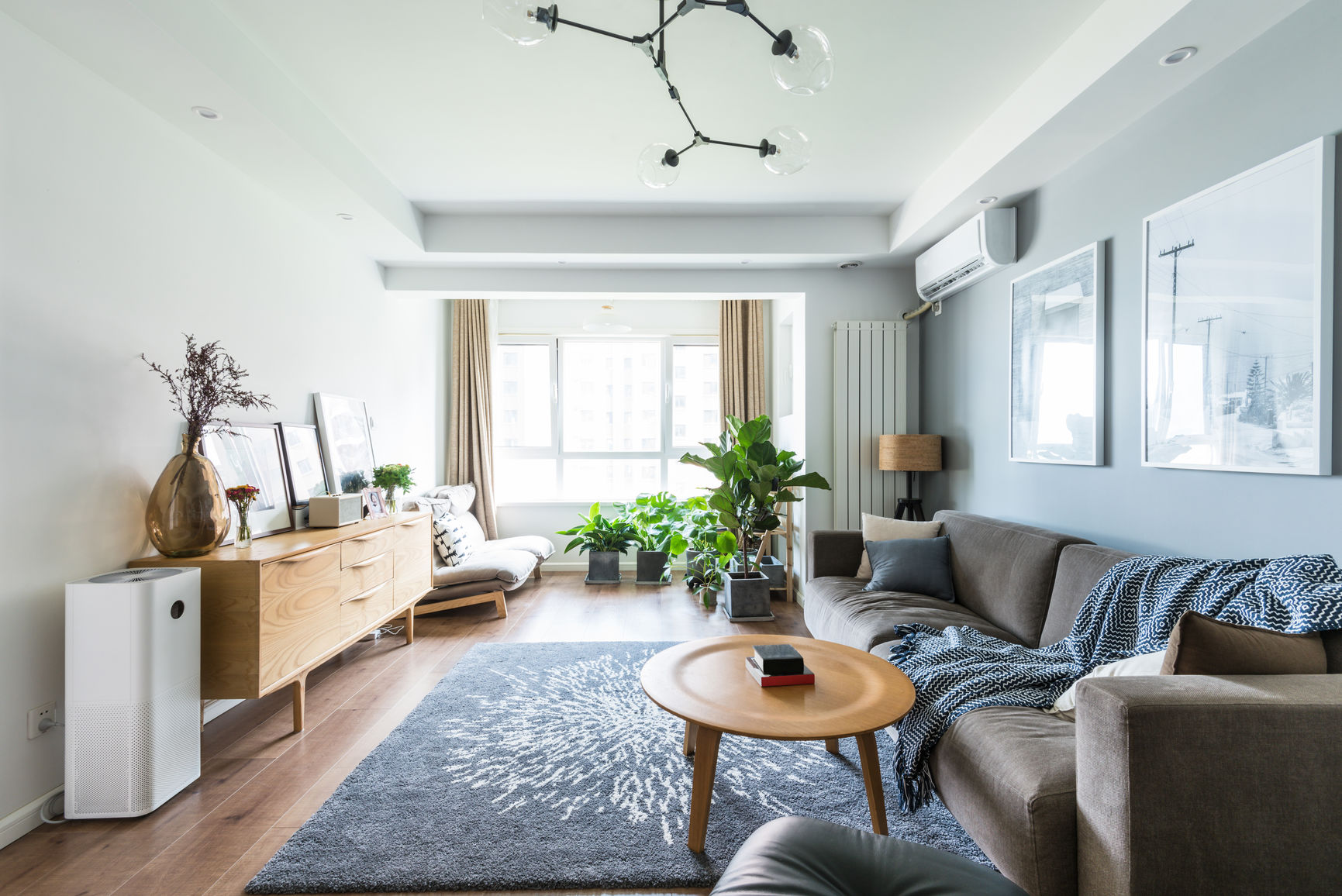 When you invest in something, you want to know how long it is going to take for it to double in size. While this is not something that can be predicted 100 percent since the markets can change between the time you make an investment and the time it actually takes for the investment to double, there are some tools you can use that will help you get a better idea of how long it might take. One of these is the rule of 70. Here, we will break down everything you need to know about the rule of 70.

The rule of 70 is a formula that you can use to determine how long it will take for your investment to double. It is also called the doubling time since that is what it determines. To use the rule of 70, you will need to know the rate of return you anticipate from the investment, and it will provide you with a good estimate of how long it will take for the investment to double. If you are debating between investing in two different things, the rule of 70 can also help you compare the two of them to determine which one will double faster.

You can use the rule of 70 on most investments, though it is most often used when comparing the growth rates of different portfolios or mutual funds. The rule of 70 is popular because it is a simple formula to look at the long-term growth of an investment. It is most commonly used on retirement portfolios.

How to Calculate the Rule of 70

To calculate the rule of 70, you first need to know the annual rate of growth for your investment. Then you divide that number by 70, which is why it is called the rule of 70.

For example, if an investment has a five percent growth rate, it will take you 14 years for your investment to double:

The results will show you the number of years that it may take your investment to double.

What Does This Tell an Investor?

If you are trying to choose between a few investments and you want to know which ones will have a better rate before you retire, the rule of 70 is the perfect way to help you get a better idea of which ones to invest in. It is a simple, straightforward formula that is easy to calculate and understand.

Limitations for the Rule of 70

The big limitation to the rule of 70 is that it is only an estimate of how long it may take for an investment to double. It also assumes that the current anticipated growth rate of the investment is going to be the same for the entire lifetime of the investment, which is not always the case. The stock market can be volatile, so something with a five percent growth rate today could potentially go up to eight percent or drop to three percent tomorrow.

Considerations for Rules 69 and 72

The rules of 69 and 72 are also used in a similar manner to the rule of 70. The formulas for them are nearly identical, but they use a different number and get slightly different results. All three of them have different situations in which they are the more accurate calculation.

When it comes to the rule of 70, it is crucial that any investor using it keeps in mind that it is an estimate, not anything concrete. If the growth rate of the investment changes, it will completely change the initial rule of 70 calculations that were done before you decided to invest.

The rule of 70 also has some other applications beyond investments. You can use it to determine how long it may take for a country's economic growth, or gross domestic product, to double. It can also be used to determine the rate of population growth in a country.

The rule of 70 is a simple, straightforward way to determine the rough estimate of how long it will take for an investment to double. These can be used to get a good estimate of what investments might be better or worse to invest in when debating between multiple investments. These rates can change, but it is a good way to forecast the growth of a prospective investment before you decide to put your money into it. The rule of 70 is a good way for an investor to strategize and find the best investments for their money, at least based on the current market projections.

Disclosures
Certain information contained in here has been obtained from third-party sources. While taken from sources believed to be reliable, Getaway has not independently verified such information and makes no representations about the accuracy of the information or its appropriateness for a given situation. In addition, this content may include third-party advertisements; Getaway has not reviewed such advertisements and does not endorse any advertising content contained therein. This content is provided for informational purposes only, and should not be relied upon as legal, business, investment, or tax advice. You should consult your own advisers as to those matters.

References to any securities or digital assets are for illustrative purposes only and do not constitute an investment recommendation or offer to provide investment advisory services. Furthermore, this content is not directed at nor intended for use by any investors or prospective investors, and may not under any circumstances be relied upon when making a decision to invest in any offerings. Charts and graphs provided within are for informational purposes solely and should not be relied upon when making any investment decision. Past performance is not indicative of future results. The content speaks only as of the date indicated. Any projections, estimates, forecasts, targets, prospects, and/or opinions expressed in these materials are subject to change without notice and may differ or be contrary to opinions expressed by others.
Restaurants & Attractions

Request your invite today. Start investing with as little as $100.

More from the Getaway Journal 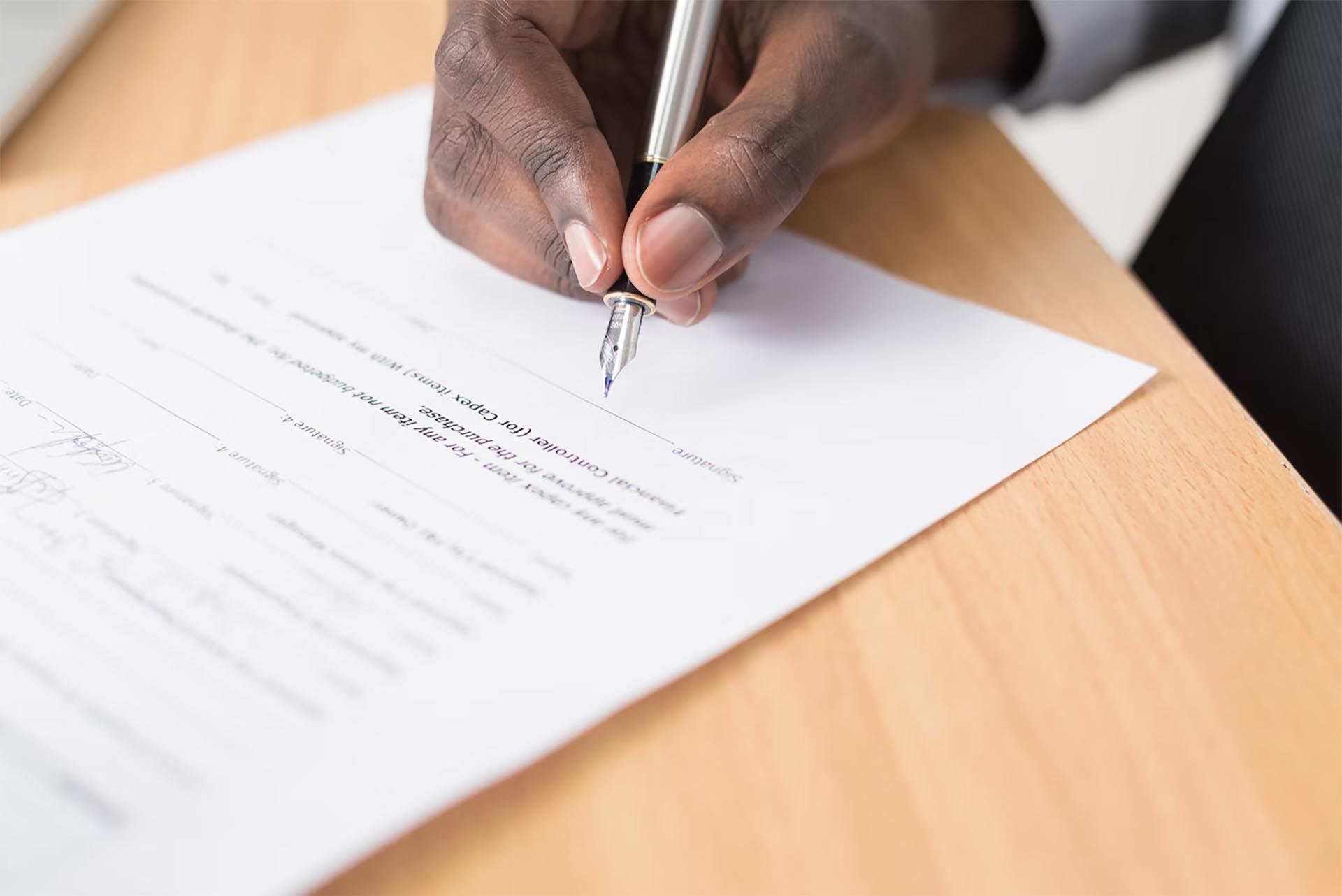 Is Fractional Ownership a Good Investment? Top Pros and Cons 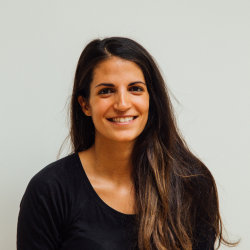 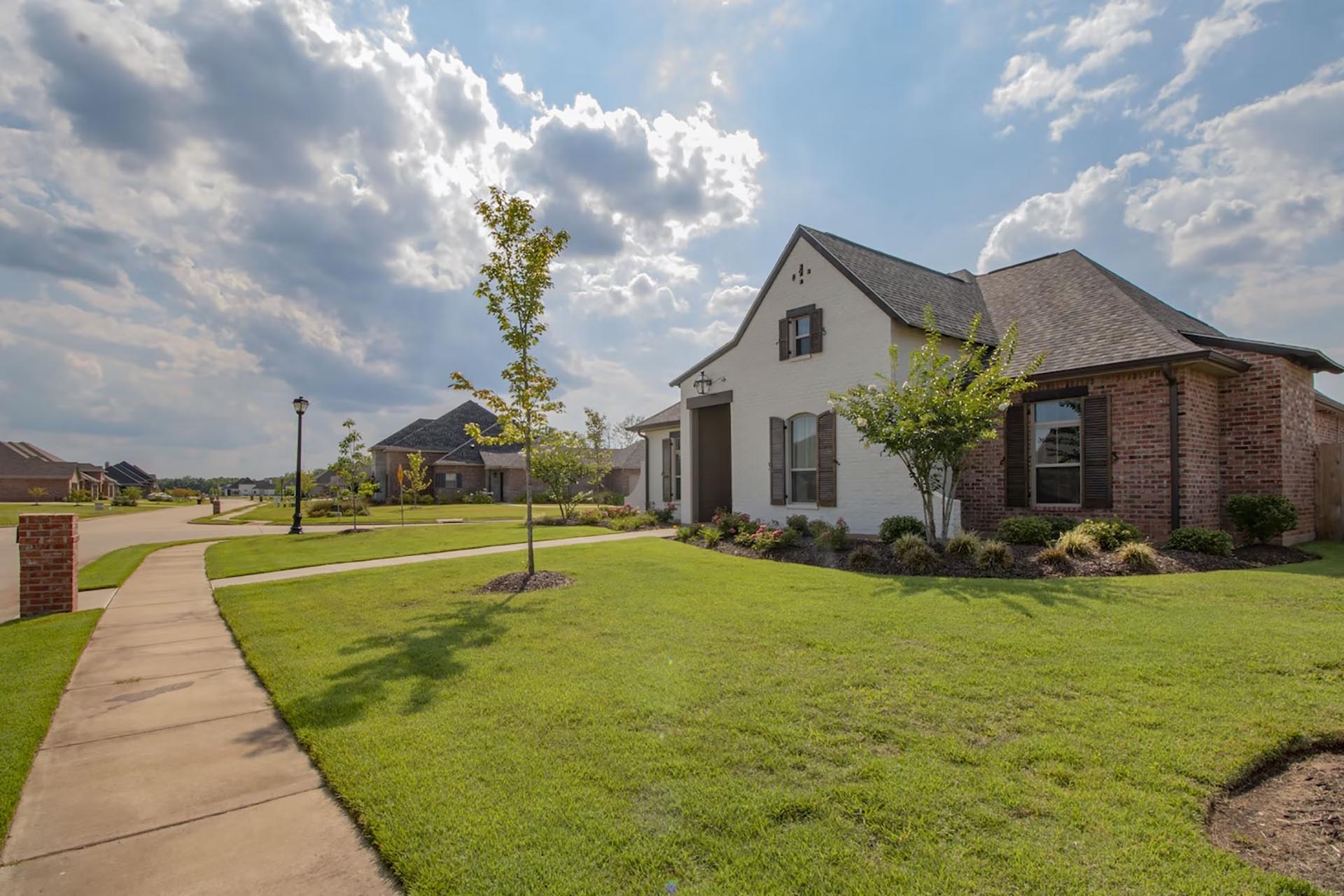 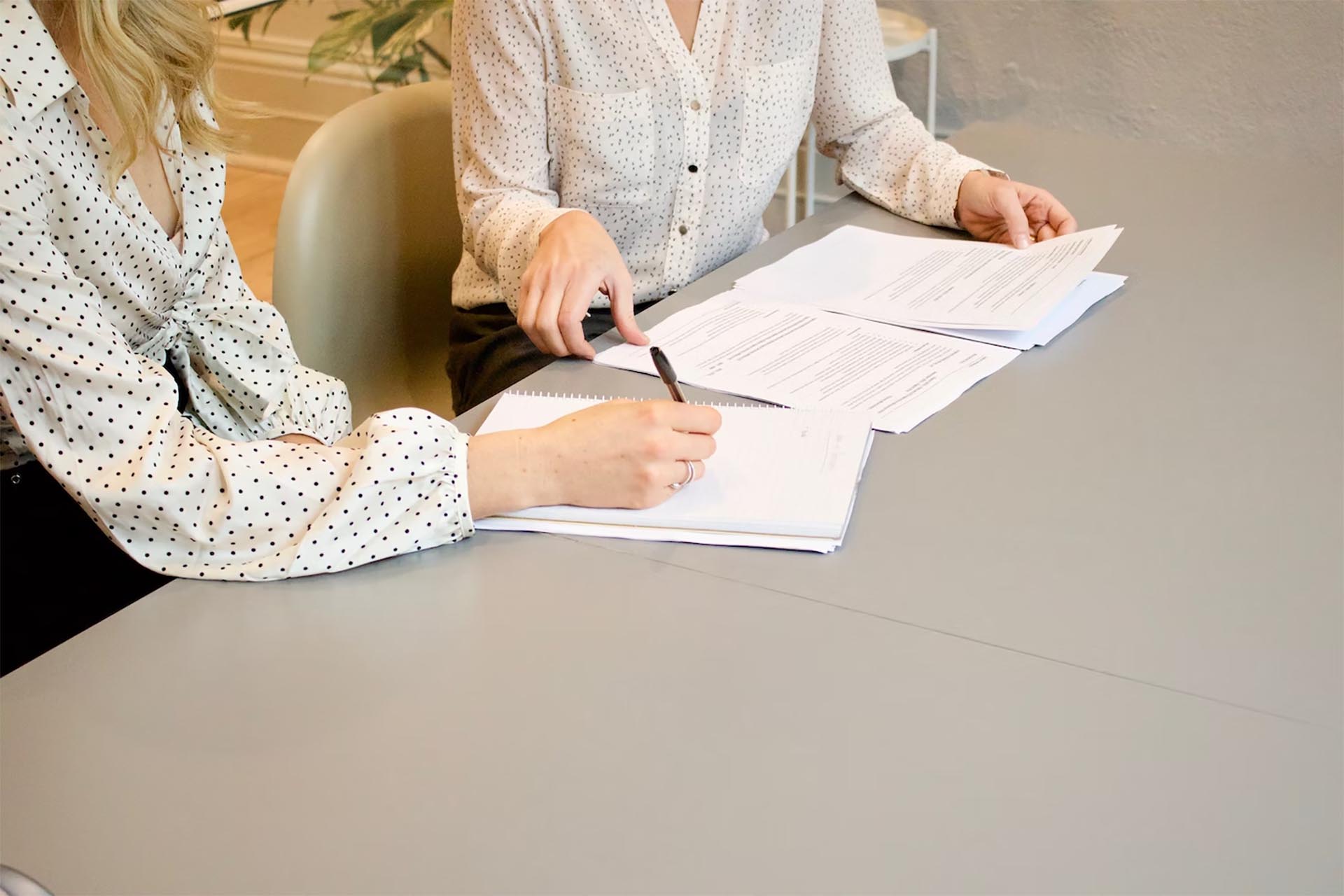 Property Co-Ownership Agreements: What You Need to Know

Sucasa Technologies, Inc. (“Sucasa”), as the managing member of Getaway Collection LLC (“Getaway”), operates the getaway.co website (the “Site”) and is not a broker-dealer or investment advisor. All securities related activity is conducted through Dalmore Group LLC, an unaffiliated third-party registered broker-dealer and member of FINRA/SIPC, located at 525 Green Place, Woodmere, NY 11598, only in U.S. states where such broker-dealer is registered. You can review the brokercheck for Dalmore here. An up-to-date Dalmore Form CRS is available here.

You should speak with your financial advisor, accountant and/or attorney when evaluating any offering. Neither Sucasa, Getaway nor Dalmore makes any recommendations or provides advice about investments, and no communication, through this website or in any other medium, constitutes a solicitation to purchase or an offer to sell any securities or should be construed as a recommendation for any security offered on or off this investment platform. The Site may make forward-looking statements. These forward-looking statements typically express the managing member’s expectations, hopes, beliefs, and intentions regarding the future. In addition, without limiting the foregoing, any statements that refer to projections, forecasts or other characterizations of future events or circumstances, including any underlying assumptions, are forward-looking statements. You should not rely on these statements but should carefully evaluate the offering materials in assessing any investment opportunity, including the complete set of risk factors that are provided as part of the offering circular for your consideration. The managing member undertakes no obligation to update or revise any forward-looking statements, whether as a result of new information, future events or otherwise, except as may be required under applicable securities laws.

Getaway is conducting public offerings pursuant to Tier II of Regulation A of the Securities Act of 1933, as amended, through the Site. The offering circular for Getaway can be found here. Past performance is no guarantee of future results. Investments such as those on the Getaway platform are speculative and involve substantial risks to consider before investing, outlined in the respective offering materials and including, but not limited to, illiquidity, lack of diversification and complete loss of capital. Key risks include, but are not limited to, limited operating history, limited diversification, risk of property damage and lack of voting rights. Also, the adverse economic effects of the COVID-19 pandemic are unknown and could materially impact this investment. An investment in an offering constitutes only an investment in a particular series and not in Getaway or the underlying property. Each series of interests is not a separate legal entity, but is intended to segregate assets, liabilities, profits and taxes pertaining to the underlying property from each other series of interests (which may own other assets and properties). Investors should carefully review the risks located in the respective offering materials for a more comprehensive discussion of risk.

From time to time, Getaway will seek to qualify additional series offerings of securities under Regulation A. For offerings that have not yet been qualified, no money or other consideration is being solicited and, if sent in response, will not be accepted. No offer to buy securities of a particular offering can be accepted, and no part of the purchase price can be received, until an offering statement filed with the Securities and Exchange Commission (the “SEC”) relating to that series has been qualified by the SEC. Any such offer may be withdrawn or revoked, without obligation or commitment of any kind, at any time before notice of acceptance given after the date of qualification by the SEC. An indication of interest involves no obligation or commitment of any kind.

Investment overviews contained herein contain summaries of the purpose and the principal business terms of the investment opportunities. Such summaries are intended for informational purposes only and do not purport to be complete, and each is qualified in its entirety by reference to the more-detailed discussions contained in the respective offering circular filed with the SEC.

Getaway does not offer refunds after an investment has been made. Please review the relevant offering materials and subscription documentation for more information.

An active trading market for any series of Getaway interests may not develop or be sustained. If an active public trading market for Getaway series interests does not develop or is not sustained, it may be difficult or impossible for you to resell your interests at any price. Even if an active market does develop, the market price could decline below the amount you paid for your interests. There is no assurance that the Getaway platform will provide an active market for resales of Getaway series interests. Further, without the Getaway platform, it may be difficult or impossible for you to dispose of your interests. If the market develops for any series of Getaway interests, the market price of such interests could fluctuate significantly for many reasons, including reasons unrelated to performance, the underlying properties or any series, such as reports by industry analysts, investor perceptions or announcements by competitors regarding their own performance, as well as general economic and industry conditions.

This product is not endorsed by, directly affiliated with, maintained, authorized, or sponsored by Airbnb or VRBO. All product and company names are the registered trademarks of their original owners. The use of any trade name or trademark is for identification and reference purposes only and does not imply any association with the trademark holder of their product brand.

It's in the works

Oops! Something went wrong while submitting the form.